Posted on September 6, 2015 by Cassidy Frazee

So here we are with a break in Fear the Walking Dead, and since we don’t have zombies on our screen, we should have zombies to talk about–in particular, what we think we’ll see/want to see/rumors to bring out.  Let’s talk, because that’s all we have to do for another six weeks.

CF:  Let’s define “fall”.  This happens in the comic under the All Out War story line with Negan, so I don’t imagine we’ll see this until Season 7.  It does look as if we are gearing up for Alexandra to get overrun by Walkers, and that’s still not a good thing.  If that happens, I believe they will find Hilltop, one of the other colonies in the area.

RT: I think Alexandria will fall and we will see it in the very first episode, but, as Greg Nicotero has stated, there will be a time hop at the start of Season 6 that will then work its way back so fans can see how it all started. Therefore, while Alexandria will “technically”fall at the very start, we will not see anything beyond this until at least the Season 6 mid season finale. 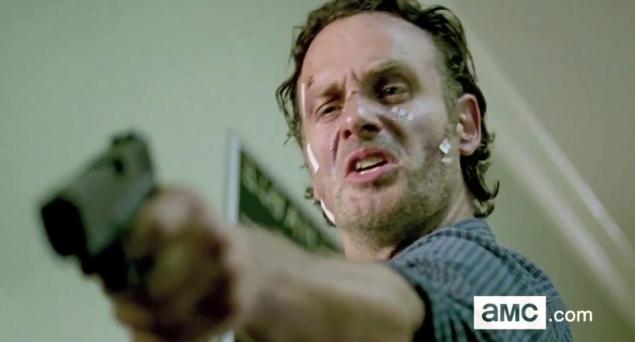 CF:  At first I thought it was Maggie, but now I think he’s got a gun on Father Gabriel, who is being a sneaky little shit and seems to want Rick to fail.  Notice in the previews you don’t see much of him at all, which makes me wonder if he gets offed.  And I say “Crazy Rick” in the question because I feel we’re gonna see a lot of that asshole in the first eight episodes.

RT: Oh, good call Cassidy! My guess was it that new arsehole they are introducing, Carter, who is played by Ethan Embry, but I like your idea better 😉

CF:  I do, and here comes the pain:  I think it’ll be Daryl.  I say this only because it seems like he’s finally starting to get roles in other projects, and the show seems to be working hard on setting Daryl up at the “odd man out” who is going to find it harder and harder to fit into the colony.  I see him either dying on a run, or being killed by–well, take your pick of bad guys.

RT: As long as it’s not Glenn, I think I might be okay with Daryl dying. Although, I get the feeling AMC are kind of setting Daryl up to be some sort of feral animal that can’t be contained character, so it wouldn’t surprise me if Daryl left Alexandria on his own accord to just be a hermit, living in the wild and shooting squirrels and shit. That way, if people really do riot when Daryl leaves, they have the option of bringing him back when all his movie obligations are over. I would also be okay with seeing Sasha go.

CF:  The big HOWEVER in all this is contracts are up at the end of Season 7.  I wonder if Season 7 is going to be the “All Out War” season, and anyone who hasn’t died will have the option to walk away or stay.  Then, Season 8–if it happens–would bring the show in line with where their comic is now, two years down the road.

RT: Yep, I can totally see this happening. Any of those stars that are demanding too much pay in contract negotiations will also give AMC the opportunity to kill them off 😉 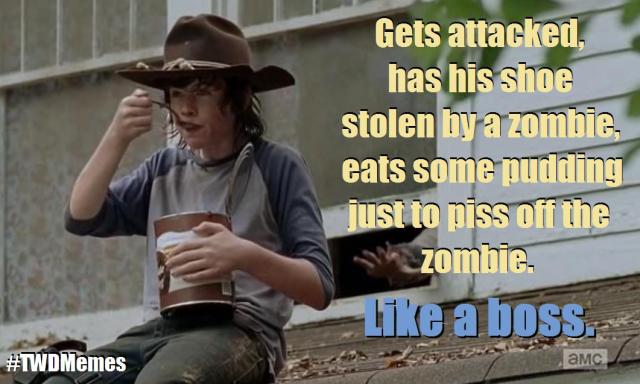 CF:  Carl and Enid, standing in a tree, with P-U-D-D-I-N-G!  Really, she’s being set up to be Carl’s girlfriend, and it’ll probably go that way.  If I were a cynical sort of girl, I’d say she’s becoming Lydia from the comics, and if she survives to the mid-season end, we’re gonna find Carl with a lot more pudding–in his pants!

RT: There will DEFINITELY be a pudding party in his pants this season 😉

CF:  Given everything I’ve read, I think so, and this is going to be part of the cliffhanger for the end of Season 6, Part 1.  This becomes a major event with Carl, and changes his life considerably.  Besides, faking losing an eye is easier than losing a hand, which is why TV Rick never had his chopped off by The Governor.  Also, I think this is going to bring Carl and Enid closer together–assuming she isn’t eaten at some point, or begins pining for Carol’s Cookies(tm)–which could lead to extra creepy lines that Lydia lays on him, like having a missing eye is “sexy”.  Girls in the Zombie Apocalypse are strange . . .

RT: I think he will lose an eye too. Please let it be because he didn’t stay in the house though. 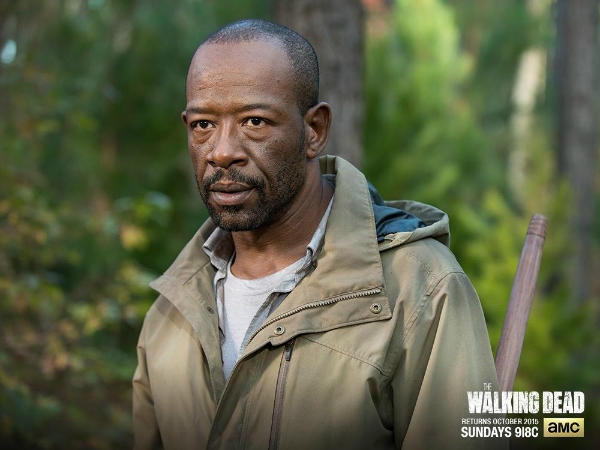 6  Will Morgan Die Right Away?

CF:  Though he dies when the walls of Alexandra are breached, Comic Morgan had spent a lot more time with the group than TV Morgan, so I don’t imagine Lenny James to suffer an early death.

RT: If Morgan were to die right away it would kind of be like Jon Snow in GoT. What’s the point of dragging his storyline out just to kill him? I think Morgan and Rick will get some major air time this season and they will talk through their differences and a bromance will blossom (which will make it even harder on Daryl and lead to the “leave not die” theory I was talking about earlier). It will also make it super sad when Morgan dies (probably in the S5 finale), sending Rick batshit crazy all over again and making him a formidable weapon again Negan.

CF:  I could see this happening.  I don’t really see Lenny staying beyond Season 6, however.

7.  Will They Find Hilltop and The Kingdom?

CF:  I said mid-season originally, but now I don’t know for sure.  I do feel we’ll see it, and later The Kingdom, but it may not happened until they return after mid-season.  A big part of this is due to things we’re reading about the show now.

RT: I actually don’t know a lot about Hilltop and even less about The Kingdom, so I am leaving this theory in Cassidy’s capable hands *runs off to read more of the comics*

CF:  End of the season at the soonest.  Only because if they’re gonna set up All Out War, they need to start about then.

RT: From all that I am reading about casting calls and rumours about Negan suggest that fans are WANTING him as soon as possible rather than AMC actually suggesting he will arrive soon. So I completely agree with you Cassidy, I think we will get a Michonne-type snippet of Negan in the Season 6 finale and then he will appear sometime in Season 7. 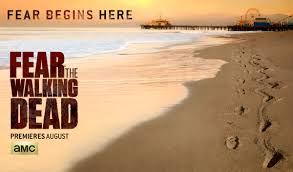 9. Will there be a crossover between TWD and FTWD?

CF:  I think a crossover is going to be difficult at best.  If it happens it’s gonna be something straight out of right field, and it’ll be so quick a lot of people will go, “Huh”?  Also, I wonder where it’s happening:  it looks as if the last three episodes will deal with everyone being kept “safe” and away from downtown L.A., so who are they gonna run into?

10. Glenn will die. I don’t want this to happen, but it is a possibility. Once gain, if Maggie falls pregnant, I think it will seal Glenn’s fate and he will die.

CF:  Oh, yeah.  The question is, if it happens, does it go down in the last episode?

RT: Definitely think it will be a last ep thing if it happens. Although, you know my stance on Glenn. I will be GUTTED if he dies 😦

CF:  Which gives the show the chance to build up the moment.  Stay away from bats, Glenn.

11. Carol will get Father Gabriel to “look at the flowers” (that’s just my wishful thinking actually).

CF:  Which would be funny because he’s still alive (as far as I know) in the comic.  But he is wearing out his welcome fast on the TV show.  I do have a feeling that he’s gonna hook up with Sasha and they’ll find Salvation together.

RT: Oh, this would work for me completely. Sasha is kind of feeling like a background character already.

12. Negan is in that warehouse with the disco walkers that Daryl and Aaron bumped into.

CF:  That actually makes a lot of sense.  I seem to remember his group worked out of a place like that.

Also, here’s a couple of theories from the Season 5 conspiracy theories post that might be worth carrying over into Season 6:

CF:  I feel Deanna is going to be around two, maybe three episodes at the most come the start of the season.  If this happens, we’ll discover it through other characters.

CF:  I wonder if the Morales Family is the crossover from FTWD to TWD?  That makes sense to me.  After all, Latino family in Georgia–could they have been on their way to Florida to get relatives?

RT: Oh, YES! I think you have hit the nail on the head with this one! 😀